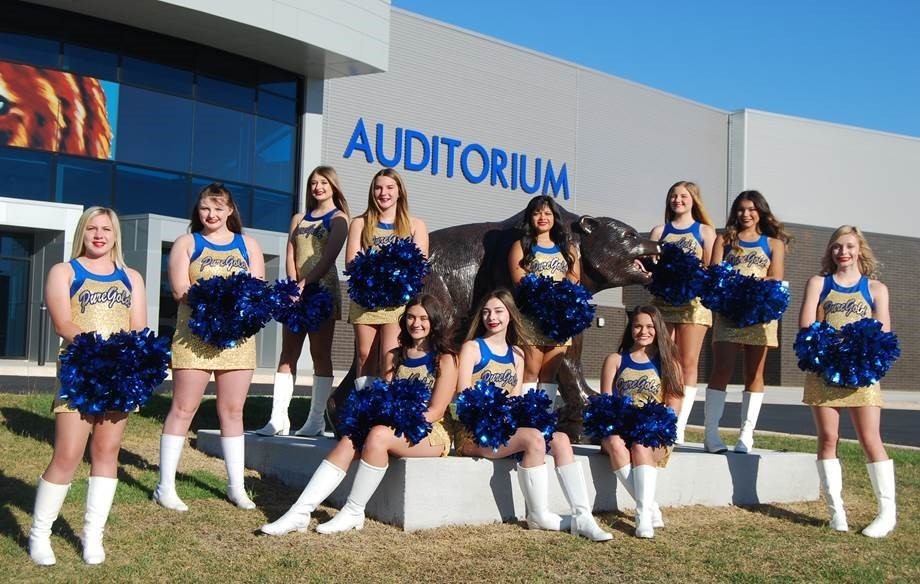 By Jocelyn Pedersen For The Transcript

Noble's Pure Gold Dance Team is set to start camp in two weeks, with social distancing protocols in place. Coach Zach Adams, owner of Art in Motion Dance Co., said there are 11 girls on this year's squad. The team will perform at halftime shows for football and basketball games and typically travel with the band.

"We're hoping for a really great year, despite all the crazy stuff going on," Adams said. "I'm really excited to get to work with the new squad and see what we can accomplish. This year, we're dancing to some Queen songs."

Adams said he has a strong group.

"They work really hard," he said.

"Their maturity, growth from freshman-sophomore to junior-senior is amazing to see," Queen said. "My favorite part, though, is getting comments from my 80-plus-year-old mother and aunt as they comment on the pictures and videos I send them."

Senior Addie Soell is the first four-year team member, because some of the seniors started when they were sophomores.

"The best thing for me being on the team is that I get to be a role model for younger kids," Soell said. "When we march, they see us and tell their parents that they want to do that. I like to impact younger kids, so they can enjoy dance the way I do, and to have the sisterhood I have with my teammates."

Addie's mother is Sarah Soell, executive director of the Downs Syndrome Association of Central Oklahoma. Every year, she said the team participates in a philanthropic festival that benefits the association.

"At the end of the walk, everyone gets a participation medal," Addie Soell said. "They all look forward to it. We cheer at the start and finish line to celebrate the walkers, and we hand out the medals."

Senior Emma Adams described her delight about being on the team.

"It's a lot of fun. A lot of the girls have bonded," she said. "We had a bonding party recently with a bonfire. We get along pretty well."

Emma Adams and Zach Adams are siblings, but they seem to get along pretty well "for the most part," Emma said with a chuckle.

Emma said she enjoyed marching and performing with the band.

"We go to the state fair parade, where we compete and we march with the band in the Rose Rock Parade and Mardi Gras Parade. We perform at the J. D. McCarty Center to entertain the kids," she said.

The Pure Gold Dance Team will lead virtual dance lessons for J. D. McCarty residents soon. The girls have helped make in excess of 3,000 sock puppets that they use to entertain younger kids.

"It's been amazing working with the seniors," Zach Adams said. "Emma is my sister, and I've worked with her since she was 8 years old, and it's been great seeing Addie grow. [Senior] Kylah Hill's transition from cheerleader to pom has been amazing."

The team is slated to go to Washington, D.C., next May, but no upcoming fundraisers have been set yet.