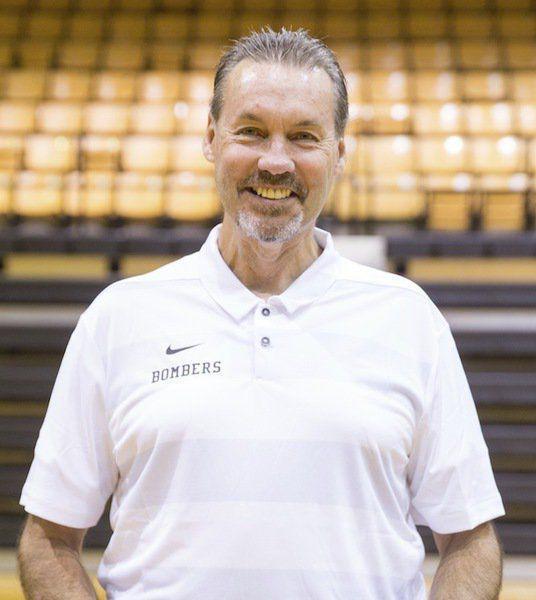 He first tackled Class 6A as Midwest City’s head boy’s basketball coach 12 years ago after stints with Calumet, Chickasha and Broken Bow. Bradley, a Del City graduate, capitalized on his opportunity with the Bombers, turning the program into a regular state-tournament contender.

Bradley is now hoping to do the same with Class 5A’s Noble.

“I love challenges and when people tell me that you may not be as successful or why are you doing this or whatever, I look at it as a challenge to prove people that I'm good at what I do,” said Bradley, who was hired by Noble last month, “and I'm gonna make this work better than what people think we can.”

The 32-year basketball coach, who spent 22 of those seasons as a head coach, left an attractive situation at Midwest City. He led the Bombers to a 22-3 record this past season and a second consecutive state tournament appearance.

The Bombers, ranked fifth in Class 6A to end the 2019-20 regular season, were looking to end a 13-year state championship drought. They had regularly been in the mix to do so under Bradley’s guidance. And he said Midwest City’s returning roster has ample potential to compete for a gold ball again next year.

He considered options outside of Midwest City, however, for the past couple of years.

He was looking for a better overall situation. And Noble was the entire package.

Bradley admires the success across Noble’s athletic programs. The school district is just as enticing. And from a basketball standpoint, Noble’s new basketball gymnasium, “The Den,” is hard to top.

The Bears’ basketball facility, which opened last November, seats 1,500 people and was built through funds from a $21 million bond issue that was passed in 2017. It features wrap-around seating, as well as a video board that hangs above center court.

Noble is coming off a 9-15 season that ended with a regionals loss to Southeast. Although, few teams faced as tough a February as Noble did, playing No. 3 Carl Albert, at No. 4 Shawnee, No. 11 Guthrie, at No. 13 El Reno and No. 1 Del City over a two-week stretch.

The Bears’ recent struggles aren’t lost on Bradley but he’s confident he can help turn the program around.

Possibly as soon as next year.